This Wiki contains SLIGHT NUDITY, EXPLICIT CONTENT and SPOILERS from the series! Read at your own risk.

Shinmai Maou no Keiyakusha Wiki is dedicated to the Light Novel series The Testament of Sister New Devil (新妹魔王の) written by Uesu Tetsuto and illustrated by Ōkuma Nekosuke (Nitro+) with twelve volumes released since September 2012. The manga adaptation is written again by Uesu Tetsuto but is drawn by Miyakokasiwa and has been serialized since May 2013. Another seinen version of the manga is illustrated by Fumihiro Kiso and began serialization in February 2014. An anime adaptation directed by Hisashi Saito aired in 2015. 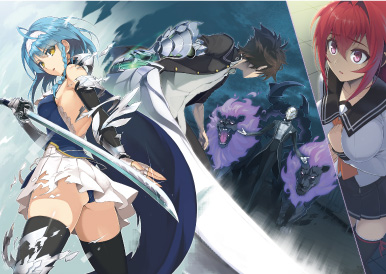 "Hey, you said you wanted a little sister, right?" High school freshman, Basara Tojo, was suddenly asked this question by his father who tells him that he's getting remarried. He then departed overseas after bringing Basara two beautiful step-sisters; Mio and Maria. But the true forms of the two girl's are actually a newbie Demon Lord and a succubus! Basara was almost forced into a master-servant contract with Mio, but a "reversed" contract was formed by mistake, and Basara is now the master. Moreover, Basara is being hit by ecchi situations one after another due to the contract, but Mio's life is being pursued by other demon tribes and hero clan!! The most powerful contractor's desire action drama begins! 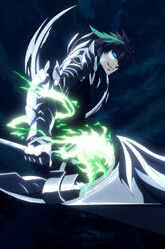 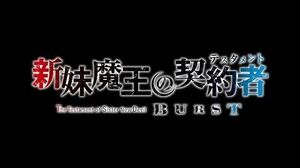